Small, low cost systems for the management of pistachio waste at field level

Simple waste management systems were developed and implemented at two pilot fields in Aegina. The first one by constructing three shallow evaporation ponds and the second one by building four sequential collection reservoirs.The systems aim to assist separation of pistachio waste into solid waste and wastewater at field level.

The system was constructed in Aegina island by exploiting a former, almost destroyed, pig breeding area. The five stall places were reconstructed to form a sequential system of five reservoirs for waste collection. For the case of the sequential system, wastes are not separated after production. Instead, they are collected into the five reservoirs. The solid part is left to precipitate and then used for composting. Wastewater is left to evaporate. 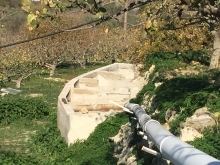 Photo 1. Reconstruction of a former pig breeding area to a waste collection system 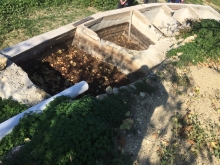 Photo 3. Wastewater evaporation. The remaining sludge will be composted and returned to the cultivation

Wastes are separated into solid and wastewater immediately after their production by using a simple separation equipment. The solid part is composted while wastewater is collected into three shallow ponds and left to evaporate. The ponds were constructed in one of the pilot fields and can be permanent or temporary. Protective media (geotextiles) were used to protect soil from leaching. 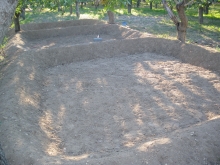 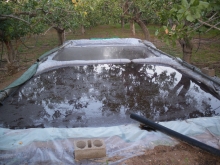 The solid part was composted by implementing the method developed by AgroStrat. Manure, straw were used as feedstock. Zeolite was added to reduce the electrical conductivity of the final product.

Photo 5. Composting solid pistachio waste after separation of wastewater which was collected to the evaporation ponds

You can find more photos here 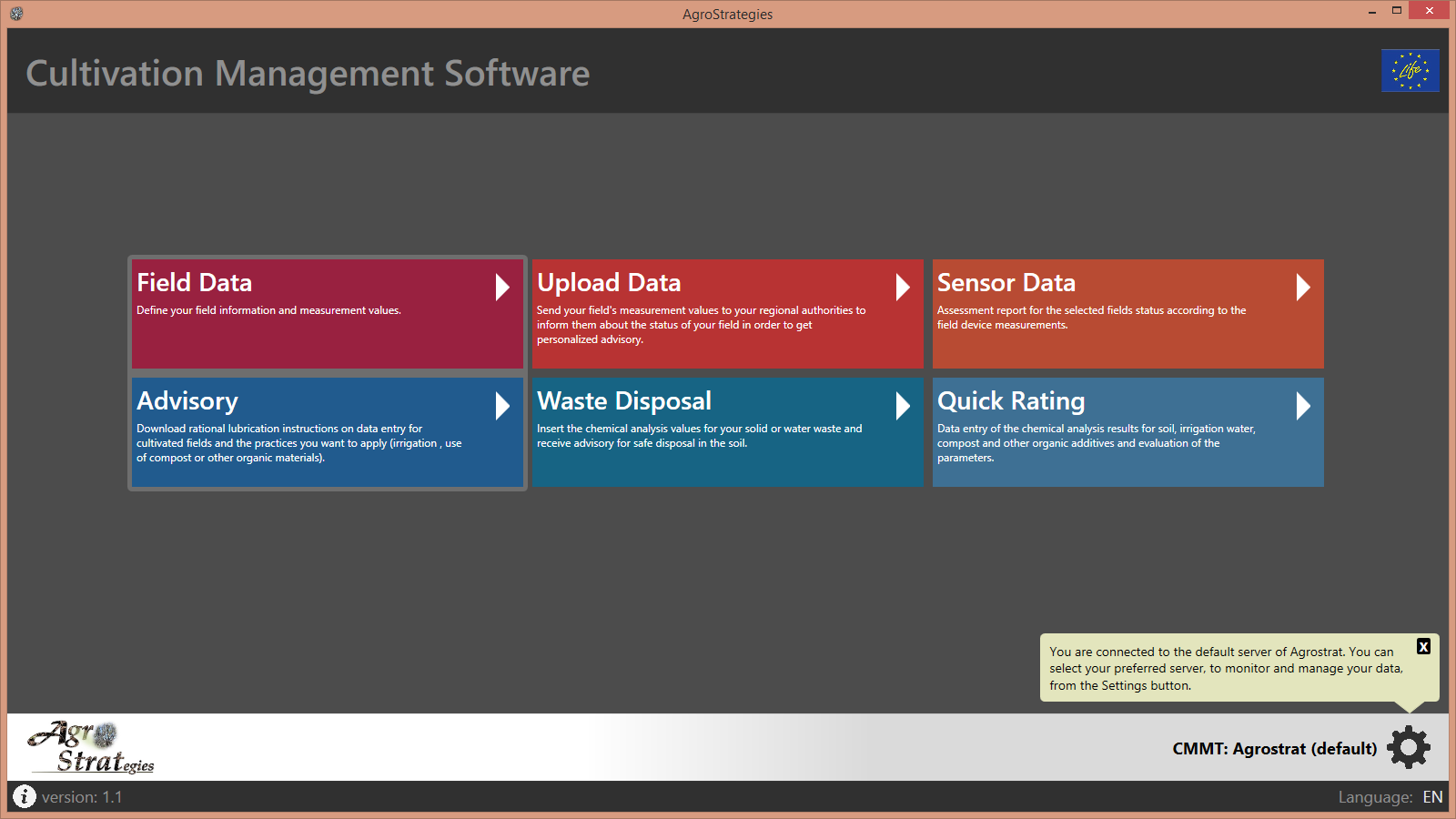